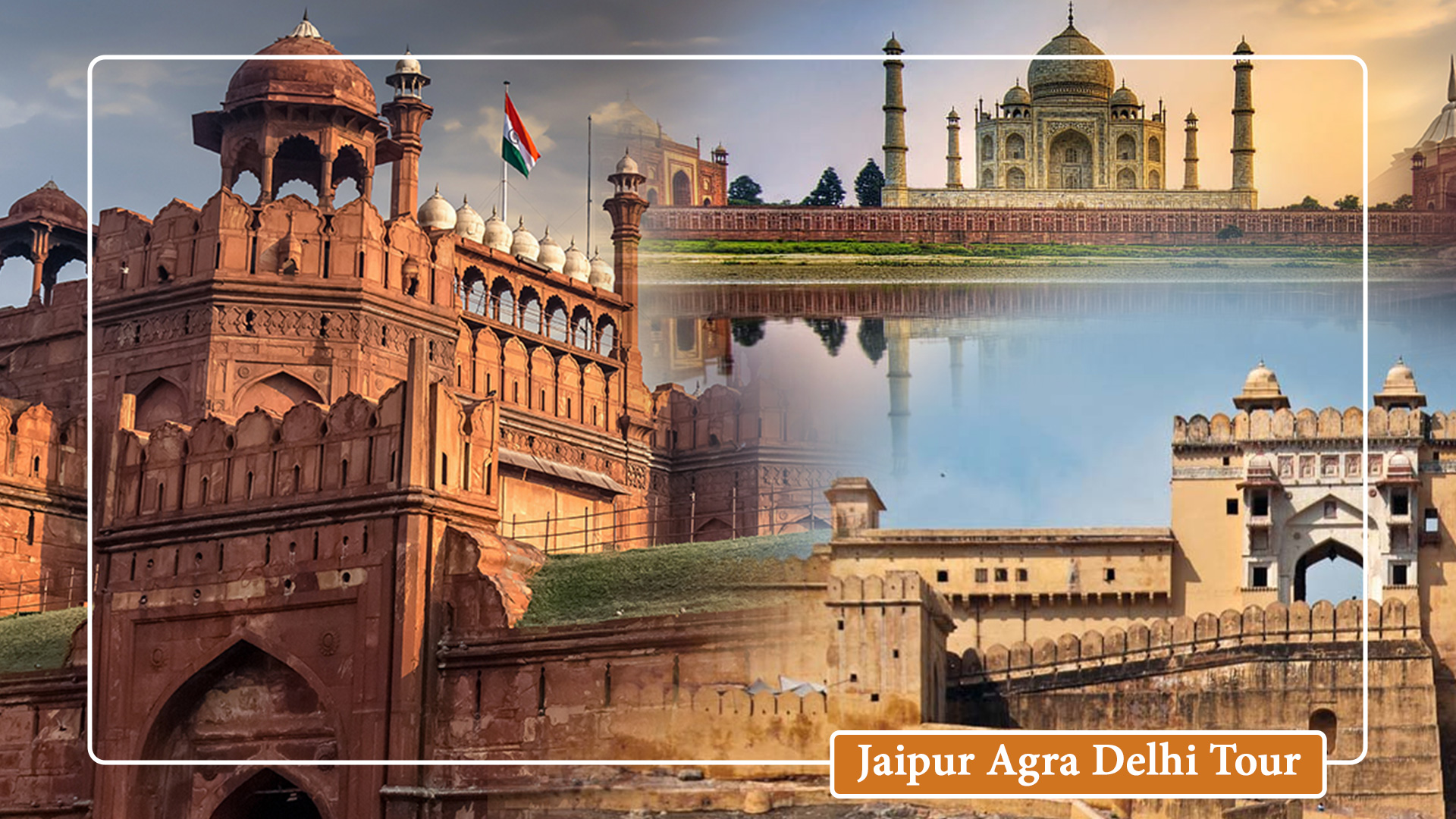 The Golden Triangle is also known as the Delhi-Agra-Jaipur circuit, as these three cities are located in different states and actually form a triangle on the map of India. From the famous Taj Mahal of Agra, Uttar Pradesh to the architectural magnificence of Jaipur's Amber Fort or the Rajput grandeur of Jaipur, Rajasthan, the Golden Triangle itinerary certainly entices travelers with awe-inspiring places. The best thing to add to your Golden Triangle tour package in India (Jaipur-Agra-Delhi) is a visit to a tiger safari or a wildlife sanctuary. Here is a Golden Triangle India travel guide to help you plan your trip.

Time to Visit the Golden Triangle

The best time to plan a trip from Jaipur to India Golden Triangle would be from October to April when the temperature would be around 22 to 32 degrees. Delhi and nearby places may get cold during December and January, so planning can be done from mid-February to March as well.

Festivals in India during March, October and November are enjoyable to watch, and tourist places can be busy during these months. If you are looking for Golden Triangle tour packages in Ranthambore, India with Tiger Safari, then going during the dry season would be a good fit for your trip.

Here are some places that you must not miss on your Golden Triangle itinerary from Jaipur:

Amber Palace (Amber Fort): A captivating embodiment of Rajasthan's capital architecture and this Amber Fort represents the abode and prosperity of Rajputs and Maharajas.

Hawa Mahal: This is a massive building without foundation in an extraordinary five-storey structure which was built by Maharaja Sawai Pratap Singh in 1799 so that women of royal background can see the life and place of the city.

Nahargarh Fort: The grand Nahargarh Fort is situated at a distance of just 15 kilometers from the Pink City (Jaipur) Jaipur, which is situated on the edge of the Aravalli Hills overlooking Jaipur.

Birla Mandir and GaltaJi: The white marble Birla Mandir stands out and this Hindu temple pays homage to Lakshmi and Vishnu, the goddesses of wealth and purity.

It is one of the ancient Hindu pilgrimage site and is also known by the local people as Monkey Temple.

Taj Mahal: It is not possible to describe in words the beauty of the Taj Mahal, built between 1631 and 1648. This universally acclaimed masterpiece, the Seventh Wonder of the World attracts thousands of tourists.

Agra Fort: Made of red sandstone and white marble, it was the residence of the emperors of the Mughal dynasty till 1638.

Akbar's Tomb: This architectural masterpiece was built by Jahangir on 119 acres in Sikandra which is located in Sikandra, Agra.

Red Fort: It is located in the historic, fortified, Old Delhi area of Delhi and is called the "Red Fort" because of the reddish-red color of the walls, being built of red sandstone.

Humayun's Tomb: The tomb Built in 1579 by order of Humayun's widow Begum Hamida Banu Begum, Emperor Humayun's resting place as the first garden-tomb in India, remains in the hearts of thousands of tourists from all over the world.

India Gate: Take a walk around the prominent 42 meter high India Gate built in memory of over 47746 Indian soldiers who lost their lives in World War I.

Bangla Sahib Sikh Temple: You will have an incredibly humble and soothing experience during your visit to this holy place. Most Sikh temples provide free food to people irrespective of their caste, religion or social status.

The Golden Triangle is one of the most popular and sought-after tourist routes that give you an unforgettable experience of the life of three different states of India. The amount of Jaipur to Jaipur Agra Delhi Tour Packages is quite modest, your trip is well organized and you will make your trip a memorable experience.

Please contact us if you wish to modify this Jaipur to Golden Triangle Tour Package - Jaipur Agra Delhi Tour tour or wish to have your own customized tour.